Four-time GRAMMY® award winner and Curb | Word Entertainment recording artist for KING & COUNTRY has four consecutive No. 1 hits now that “TOGETHER” (feat. Kirk Franklin & Tori Kelly) currently holds the top spot on both Billboard and Mediabase Christian Airplay charts. This is for KING & COUNTRY’s seventh No. 1 on Billboard’s Christian Airplay chart, and fourth consecutive No. 1 hit at Christian radio following the multi-week success of previous singles “joy.,” “God Only Knows,” and “burn the ships.” Listen to the track here.

Joel Smallbone shares in a statement, “As you’d imagine, it was a deep labor of love for Tori, Kirk, a pair of gospel choirs and us to come ‘together’ (if you will) to bring this song and concept to life. Radio’s marvelous response is an encouragement that collaboration and unity continue to find their ways into pop, gospel and Christian music. Onward!”

In addition, “TOGETHER” signifies a few firsts for featured artists Kirk Franklin & Tori Kelly, as it is their first time at the No. 1 position on the Christian airplay charts.

“TOGETHER,” which has accumulated over 11 million on-demand streams, currently sits at No. 3 on the Hot Christian Songs chart and No. 4 on Amazon’s Top 100 Christian songs. The track continues to impact the mainstream radio charts, slotting in at No. 15 on Billboard’s AC chart and No. 41 on the Hot AC chart.

“TOGETHER” has already made its mark around the globe. Last week, for KING & COUNTRY revealed a “global dance music video” to commemorate the release of R3HAB’s remix of the hit single. The “TOGETHER” [R3HAB Remix] (feat. Kirk Franklin & Tori Kelly) featured fan-submitted dance footage from all over the world, including Germany, Kenya, and Puerto Rico. After the release of the R3HAB remix on Friday, the track reached Top 10 on the iTunes dance chart. Listen to the track here. 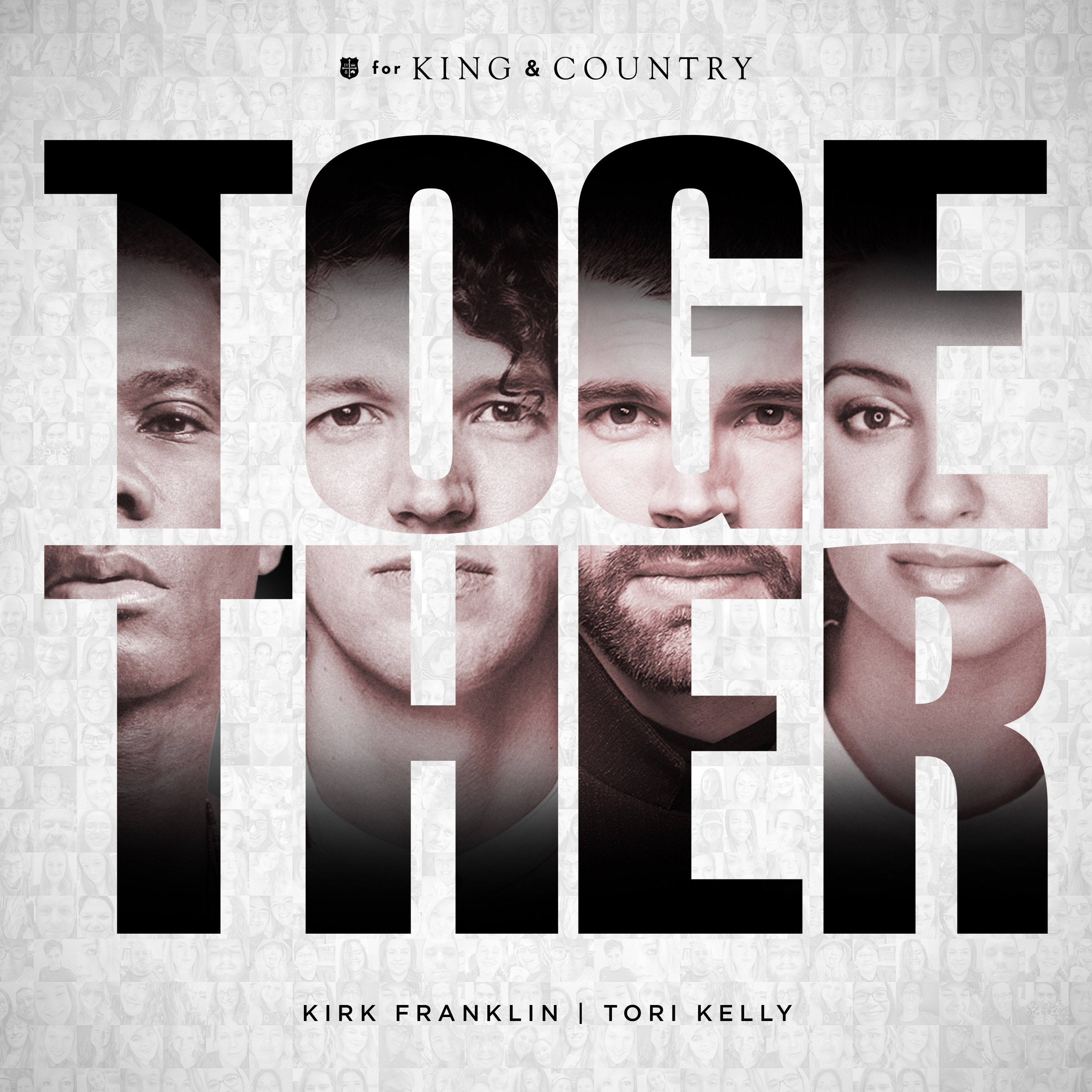