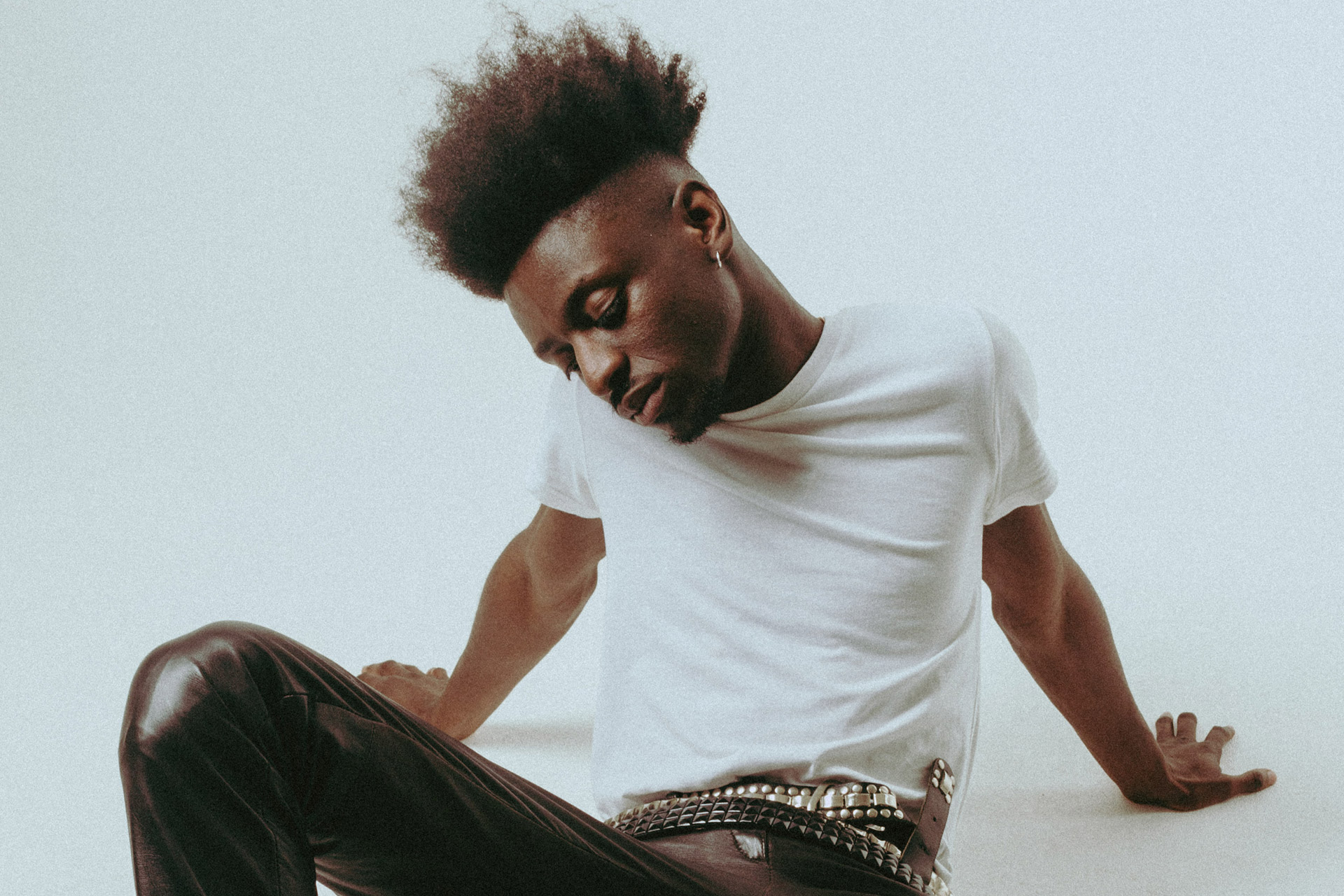 Jay-Way is redefining hip-hop music. Based in Amsterdam, he brings a broad, boundary-breaking perspective to the genre, filling his songs not only with the rhythmic bounce of rap, but also the modern melodies of pop, the laidback cool of old-school soul music, and the optimistic outlook of gospel. It's a sound that hasn't just set him apart from his contemporaries; it's made him a genuine star at home and abroad, too, with songs like "Happen Dappen" topping Spotify’s NL Viral Chart while racking up nearly 2.5 million streams. With its mix of thumping beats, smoothly-sung choruses, and guitar riffs, Jay-Way's latest project — the seven-song EP No, I'm Not OK — is the product of a songwriter whose art has proven to be just as richly diverse as his life. Raised by Ghanian parents in the Netherlands, Jay-Way has always embraced unconventionality. He's fluent in Dutch but performs in English, crediting American pop culture —including '90s hip-hop, the urban pop music of the 2000s, and the larger-than-life culture of New York City (where he briefly lived as a child) — with expanding his artistic horizons. Ever since the release of his first single, "Cool Kid," Jay-Way has proudly gone against the grain. The song was his mission statement -- a declaration of uniqueness from "the only kid from Amsterdam that never smoked a joint," laced with bold references to his faith. Arriving in 2014, "Cool Kid" paved the way for Jaynalysis, the 2015 solo record that resonated far beyond the hip-hop community of Jay-Way's hometown. The record's follow-up single, "Happen Dappen," earned 100K spins during its first week of release and eventually gained more than 2.5 million listens, transforming Jay-Way from a Netherlands phenomenon into a global trailblazer. EPs like 2017's No Life No Wifi and 2018's Teen Gohan followed. With each release, Jay-Way paid homage to his influences while also pushing forward into new territory, creating a sound that blended the best parts of the past with a modern, Millennial approach. No, I'm Not OK finds him modernizing that sound once again. This is Jay-Way embracing his own version of pop music, filling his songs not only with the forward-thinking rhymes and thundering beats of hip-hop, but also soaring melodic hooks, rootsy banjo riffs, and layers of guitar. The result is a project that's just as compellingly unpredictable as its creator, rooted in lyrics about trusting your gut and rising above your obstacles. "I was in a dark place when I was writing this project," admits Jay-Way. "I wanted to be honest and transparent about what I was going through, so I've got songs like 'Keeping On' — a song about anxiety, depression, and all the emotions that come with it — balanced by the hopeful message of a song like 'On The Rise.' The hooks are catchier. The lyrics are more transparent. There's way more singing, too. This is me taking a risk and learning to really trust my voice — not just the melodies I'm singing, but the words I'm writing, too." While he's justifiably proud of the record's poppy bounce, Jay-Way is also confident that his longtime fans — not just the thousands of newcomers who rallied behind viral singles like "On the Rise," "Sleepy Sleepy," and his "Paid For It" collaboration with Ty Brasel and Brianna Catrice, but those who've been there since the beginning — will notice his progression. Jay-Way's artistic journey is still unfolding, and No, I'm Not OK is the latest chapter. "This might not be what you’re expecting from me," he says, "but if you’re a fan, you’ll hear the story being continued. This is an extension of my journey." And what if you aren't a fan yet? Well, just take a listen to Jay-Way's music… and get ready to become one.