LIVE SUNDAY, APRIL 18 AT 8PM ET / 7PM CT ON CBS AND AVAILABLE TO STREAM LIVE AND ON DEMAND ON PARAMOUNT+

LOS ANGELES, CA (April 13, 2021) – The Academy of Country Music®, dick clark productions and CBS announced today the exciting collaborations and must-see moments that will take center stage at the 56TH ACADEMY OF COUNTRY MUSIC AWARDS™. Hosted by Keith Urban and Mickey Guyton, the 56th ACM Awards® will air live on Sunday, April 18 (8:00-11:00 PM, live ET/delayed PT) on the CBS Television Network and will be available to stream live and on demand on Paramount+.

The unforgettable evening showcasing the biggest names and emerging talent in Country Music will take place from three iconic Country Music venues: the Grand Ole Opry House, Nashville’s historic Ryman Auditorium and The Bluebird Cafe, as well as performances at legendary locations across the city including the Station Inn, Bridge Building and on Broadway.

The 56th ACM Awards will feature an unprecedented number of world television premiere performances including Elle King and Miranda Lambert opening the show with “Drunk (And I Don’t Wanna Go Home),” Dierks Bentley performing U2’s poignant classic “Pride (In The Name of Love)” with husband and wife duo The War and Treaty, Brothers Osborne (“I’m Not For Everyone”), Kenny Chesney (“Knowing You”), Eric Church (“Bunch Of Nothing”), Luke Combs (“Forever After All”), Dan + Shay (“Glad You Exist”), Mickey Guyton (“Hold On”), Alan Jackson with “You’ll Always Be My Baby” and a special mashup for “Drive (For Daddy Gene)”, Miranda Lambert with Jack Ingram and Jon Randall (“In His Arms”), Maren Morris and Ryan Hurd (“Chasing After You”), Thomas Rhett premiering “What’s Your Country Song” while also performing “Country Again,” Blake Shelton celebrating the 20th Anniversary of his first hit single “Austin” as well as “Minimum Wage,” Chris Stapleton (“Maggie’s Song”), and Chris Young and Kane Brown (“Famous Friends”).

Additional powerful collaborations include Carly Pearce and Lee Brice duetting on “I Hope You’re Happy Now,” Carrie Underwood performing a medley from her new album of gospel hymns, My Savior, which will also feature a duet with CeCe Winans, and Kelsea Ballerini and Kenny Chesney performing together for “half of my hometown.”

It was also announced today that Lady A will join the lineup with recently revealed New Male Artist of the Year, Jimmie Allen, and New Female Artist of the Year, Gabby Barrett, who will all perform on this year’s show. Previously announced performers include, Little Big Town, Ashley McBryde, and Keith Urban. Additional details on these performances, this year’s presenters and more will be announced in the coming days.

The health and safety of the artists, fans, industry, staff and partners involved in the ACM Awards is the number one priority. All guidelines set forth by national, state and local health officials will be closely followed and implemented during the production along with additional safety measures to be instated by dick clark productions and the Academy of Country Music.

About the Academy of Country Music Awards™

The 56th Academy of Country Music Awards™ is dedicated to honoring and showcasing the biggest names and emerging talent in the Country Music industry. The show is produced for television by dick clark productions and will broadcast LIVE on Sunday, April 18, 2021 (8:00-11:00 PM, live ET/delayed PT) on the CBS Television Network, and will also be available to stream live and on demand on Paramount+. R.A. Clark, Barry Adelman and Linda Gierahn are executive producers. Damon Whiteside is executive producer for the Academy of Country Music. 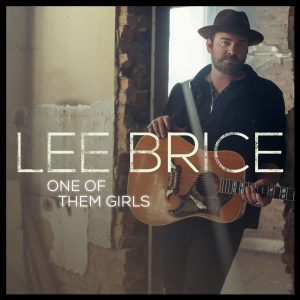