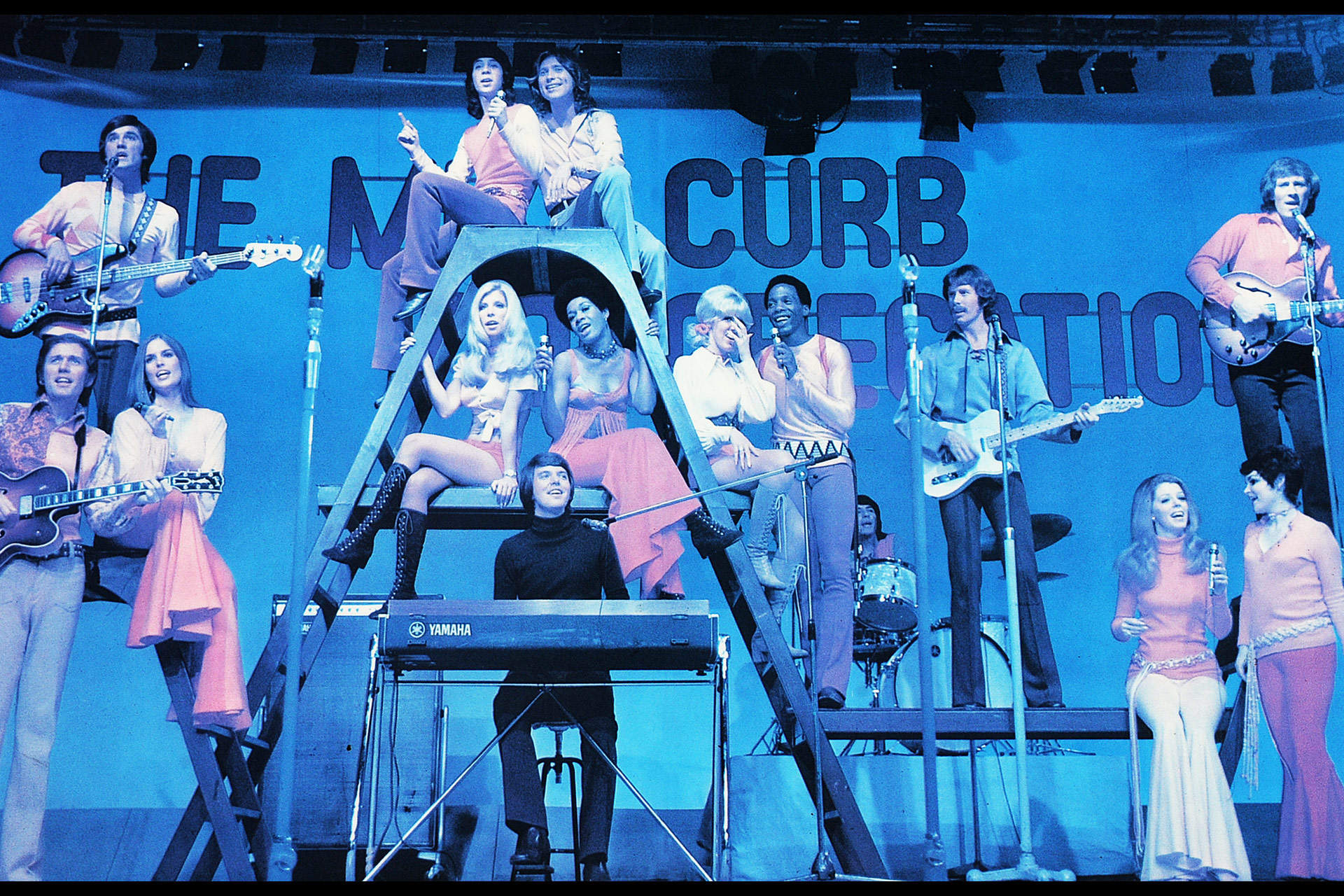 The Mike Curb Congregation is made up of sixteen vibrant performers. The group has a broad scope of musical backgrounds and their repertoire includes everything from rock to easy listening to gospel and country and all types of music in between. The excitement generated by this group steadily garnered more and more attention as the requests for their personal appearances increased across the country and around the world. The group had Billboard chart hits with the theme from Clint Eastwood's Kelly's Heroes "Burning Bridges", which was co-written by Mike Curb and became a Billboard top 40 pop chart hit and "It's A Small Small World" which was a top 10 Billboard chart hit. The group had number one Billboard chart hits with their duet recording of "Candy Man" with Sammy Davis, Jr. and "All For The Love Of Sunshine" with Hank Williams Jr., which Mike Curb also co-wrote. The group performed with Lou Rawls on the Grammy Award winning record "Natural Man" and performed on hit records with The Osmond Family, Trini Lopez, Roy Orbison, Petula Clark, Mel Tillis, Tony Bennett and Steve & Eydie. The group also had successful singles and albums with "Put Your Hand In The Hand", "Softly Whispering I Love You", "See You In September" and many others. The group was seen throughout the nation weekly on the national CBS "Glen Campbell Goodtime Hour" television show. The group also appeared on television with such stars as Burt Bacharach, Tony Bennett, Andy Williams, Sonny & Cher, Jose Feliciano, Eddy Arnold, Tennessee Ernie Ford, Steve and Eydie, Dinah Shore, Mike Douglas, Monty Hall and Merv Griffin. The group recorded the theme song for Ronald Reagan's successful presidential campaign "Together A New Beginning", which was written by Mike Curb. They have traveled throughout the United States appearing live at Lake Tahoe (with Sammy Davis, Jr.), at Caesars Place (with Steve & Eydie), at the Hollywood Bowl (with Henry Mancini), at the Landmark Hotel in Las Vegas (with Hank Williams Jr.), at San Carlos Circle Star (with Eddy Arnold) and at the International Hotel (with Liberace). They also performed at a special concert with the Cincinnati Symphony with Andy Williams. They have been involved in four separate concerts at the White House and at the United States Air Force Ball. They toured Japan several times and performed at the Yamaha World Music Festival in Tokyo and throughout the world. During this decade, the Mike Curb Congregation released a double album featuring "Classic Gospel" songs and "Classic Hymns", which debuted in the top 10 of the Nielsen SoundScan Inspirational chart. The group honored the 60th anniversary of Billy Graham with an album of 60 classic hymns. Over the years, the Mike Curb Congregation was fortunate enough to record for several record companies including Capitol, MGM, Warner Bros., Curb and Coburt.