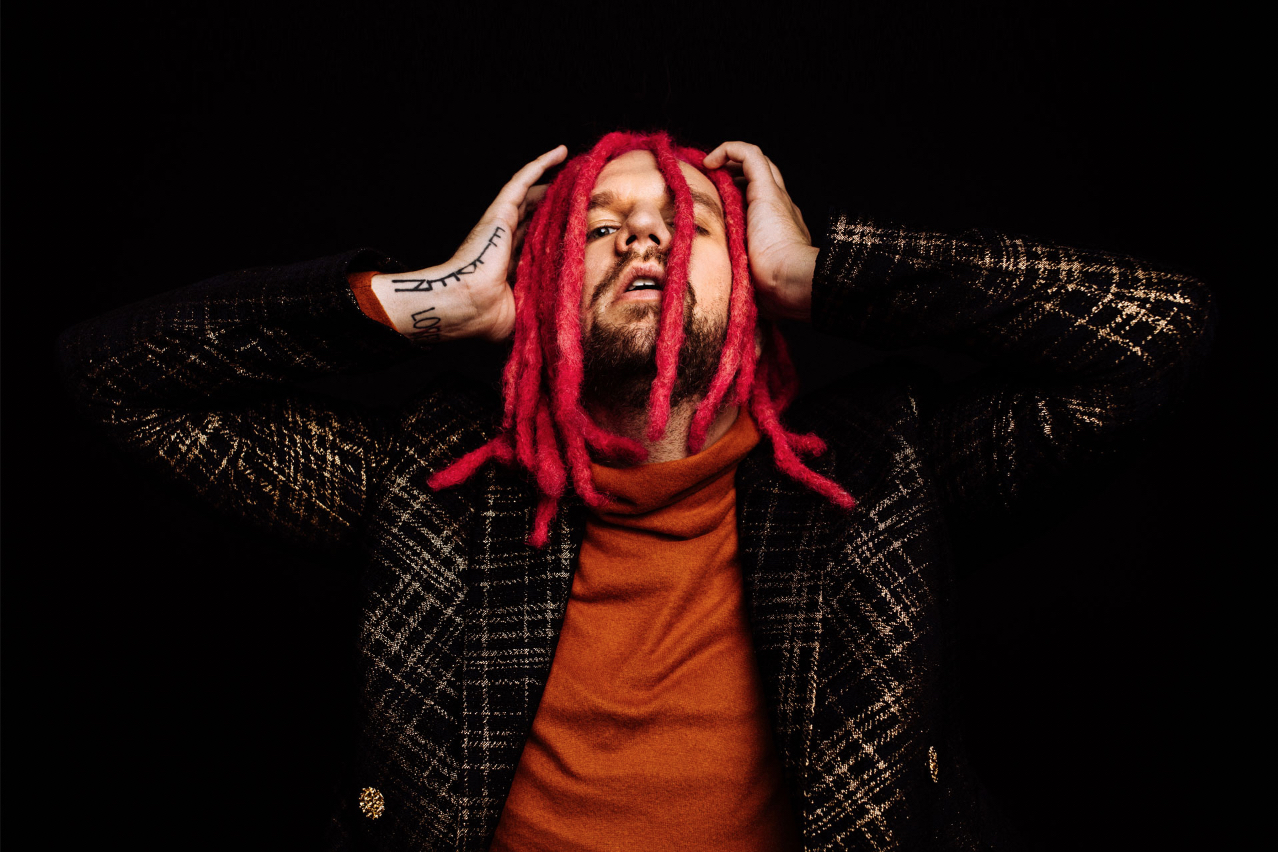 Swedish singer-songwriter Andreas Moss is part of the new vanguard of queer artists attempting to deconstruct the pop panorama. Born Jonathan Thulin, Andreas’ journey to becoming a queer pop force did not come without a significant amount of reflection. Now splitting time between Nashville and Los Angeles, Andreas split time between Sweden and the U.S. since age three, part of a traveling missionary family steeped in music and preaching across the country in an RV. Getting his start as a Christian artist, Andreas faced an internal struggle with his own queerness. “I was teased so much in church,” he recounts. “As a Christian artist I did really well; five years ago I was onstage and realized I hated myself.  I fell off the map and started doing Pop music.” Since that moment, he’s embraced his queerness and crafted Pop music tinged by Gospel training. Andreas’ music has been featured in the likes of Billboard, Wonderland, and Clash Magazine and appeared on some of Spotify’s most notable playlists, including “Global Viral 50” and “New Music Friday”, amassing 13M+ streams worldwide. He’s also cut his teeth on the road opening for Juicy J, Andy Grammar, and Fetty Wap on tour and made a name for himself as a cross-genre songwriter. This in-between life informs his aptly-named forthcoming album The Perhaps Existence of Andreas Moss. A proclamation of his queerness and an exploration of genres, Andreas has crafted a work that teeters the borders of Trap, Pop, R&B and Soul. His emotional and artistic range is impressive and evident: one minute he’s rapping about Truvada (for the straights: PrEP) and on “Kudos” and car sex, a frequent stage of hidden desire, on lead single “Minivan” and the next he’s saying goodbye to the church through the metaphor of a breakup on doleful piano ballad “Buy Your Love.” “I think it's kind of a cool concept that people start to hear like “Minivan” or “Kudos,” but then “Buy Your Love” comes and that's a completely different thing,” he says of the album. “Some of the music is deep and introspective, some of it is incredibly sexual and light-hearted; the album is me fully coming out from a place where I felt like I didn't exist and realizing that who I am is worthy of love.” With The Perhaps Existence of Andreas Moss, the singer is speaking himself into an existence as an out-and-proud gay man making the music he wants to make.  “I think that the album is the first time that I've spoken very openly about being gay and about gay relationships and about the pain of the church and about the things that I've gone through there and trying to be empowering. And then when it comes to music style-wise, obviously we've been taught in the music industry that you need to pick a lane. If I'm rapping then I just need to rap, or if I'm singing then I just need to sing; why can't I do both these things?”  Andreas has been deeply inspired by Black music in his new record’s sound and throughout his career from early song “Chakha Khan” and citing Beyoncé and Destiny’s Child as inspirations. “I was only allowed to listen to Christian music growing up; since then, I have been so influenced my entire life by Black artists,” he says. “It’s such a big part of why I sing the way that I do. I am working toward an industry of love and acceptance and non-competitiveness that actually celebrates artists and being different.”