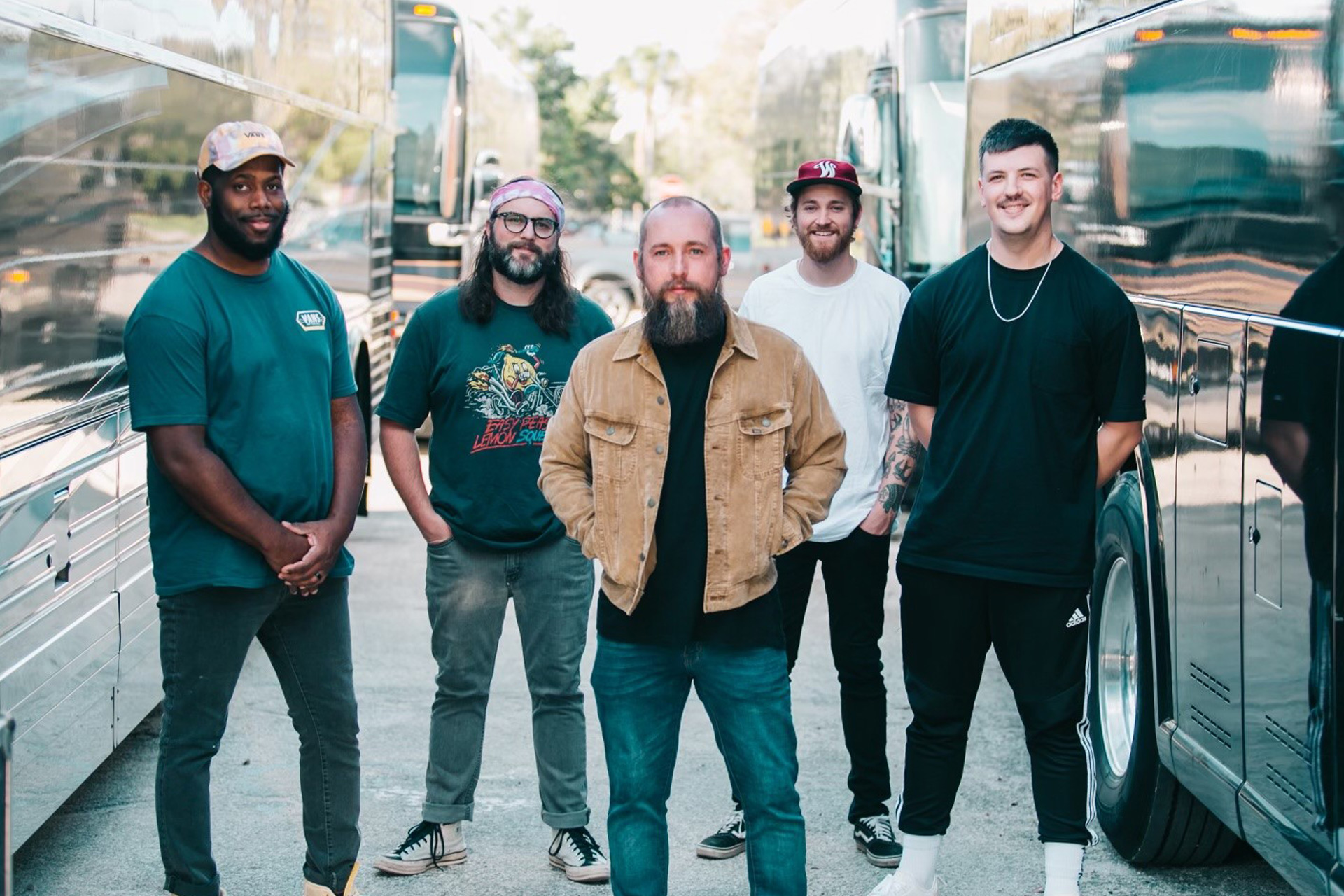 Life rarely turns out the way we planned, but it's what we do with the curve balls thrown at us that reveal who we truly are and the values that define us. It's a realization Darren Mulligan, lead vocalist for acclaimed band We Are Messengers, knows all too well. After moving to the U.S. from their native Ireland, Mulligan and his wife Heidi saw their music career explode with the band's self-titled debut album, released in 2016 via Curb | Word Entertainment. Fans immediately connected to the band's first single "Everything Comes Alive," propelling it to the top 5 on the Christian Hot AC/CHR chart while the video earned more than 10 million views. Earning global attention, "Everything Comes Alive" was No. 1 for three straight weeks on the Australian countdown TCM. "Magnify" became a top 5 hit and "Point to You" furthered that momentum. "I'll Think About You" was featured in the hit film The Shack alongside music from Tim McGraw and Faith Hill, NEEDTOBREATHE, Hillsong United, Dan + Shay and other high-profile acts. Mulligan's songwriting success extended beyond We Are Messengers as he cowrote David Crowder's single "My Victory," which was featured on Passion's Salvation's Tide is Rising album. The band also earned rave reviews for their live show as they performed for more than 750,000 people on the Winter Jam Tour and with Big Daddy Weave on the Beautiful Offerings trek. 2019 looks to be another busy year on the road as they join TobyMac on the Hits Deep tour. There's no denying the impact of the band's music and the success their hard work has generated, but Mulligan would be the first to admit it has all come with a price. "It was easier to love Jesus when we didn't have any of this, when we didn't have success or when no one applauded or clapped for me," he admits with unbridled candor. So how does a young musician deal with those feelings? "You just tell the truth about it," he says. "There was a friend at church last night asking how we were and I said, ‘Dude, I'm great. I still love God, but I loved him a lot more before I had all of this.' I think that the goal for us this time around on this record, and even as we set up the tour, is to go back to that basic simple place with Him." Though he longs for simplicity, Mulligan is a complex man. He first left Ireland when he and his two brothers came to the U.S. performing in Morello, a hard rock band signed to Evo/Universal. "I've always wanted to do music. It was the only thing that took the edge off the disappointment of being human," he says. "There were 30 minutes every night that it would take the edge off, but then the fear and loneliness would creep back in. We toured around America for a couple of years and played hundreds of shows. I would look back a lot of times and say that was a waste of my life, but I look back and remember I was with my brothers and we spent some really good times together." Mulligan returned to his native Ireland and vowed he was giving up music for a normal life. He rekindled his relationship with a beautiful Scottish girl named Heidi and the two were married in 2008. "When I quit music, I said I'd never play music again and I meant it, but there was this little church in our town and they needed someone to play. They said they needed someone to sing and I said I would," he recalls. "Heidi and I would sing together every night. We'd go to these little churches, community centers, schools and halls on the weekends. Mom and dad would mind our kids at that time. It was very simple, very beautiful. I was telling people about this thing that we knew because we had this hope that was burning in us. We had to share it and it was all we could do. No one paid us. We didn't make any money. We didn't sell any records." Things changed when God called them to a greater platform. Heidi heard his voice first and then Darren knew it too. He left his stable job, and they left their loved ones behind to move to the U.S. and sign a record deal to launch We Are Messengers. "For those two weeks before we left we cried all the time. Then we got on the plane and got here terrified," he confesses. "We thought we made a mistake that first night, sleeping on air mattresses in an apartment. Then next morning we woke up, went to Waffle House and then I went to work. I'm still at work four years later. It's a gift, not a chore."

We Are Messengers - Love (Official Video)

We Are Messengers - This Is Jesus (Official Music Video)