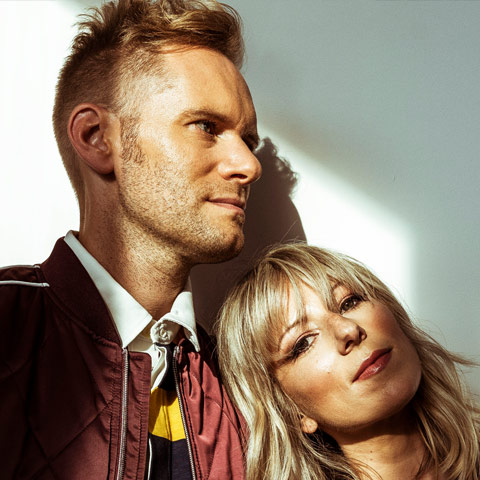 Hailing from Canada, Love & The Outcome is the husband-wife duo of singer/songwriter Jodi King and bass player/songwriter Chris Rademaker. After signing to Word Records in 2012, they retreated to the mountains of Washington state to record their powerful self-titled debut album. Love & The Outcome released on August 27, 2013 to critical acclaim, and the duo has since become a mainstay at Christian radio and shared the stage with the likes of Newsboys, Switchfoot, Lecrae, TobyMac, and more. Their highly-anticipated sophomore album takes the duo into a grateful, restful and celebratory season with songs that encompass a unique mix of worship, praise and declaration. These Are The Days, produced by Seth Mosley and Colin Munroe, includes the hit single “The God I Know," and was released on September 23, 2016.

Hey! Here’s a few things about us you might not know! Introduce yourself in the comments!

Here’s an acoustic version of #OnlyEverAlways we’ve been singin in our toques & sweats this morning!

Love & The Outcome - Only Ever Always (Official Lyric Video)

Thank you to everyone who shared their stories with us ❤️ We'll be sharing a few every Friday.

Sometimes our hardships can show our greatest blessings... #ImNotLuckyImBlessed #shorts

#ImNotLuckyImBlessed video premieres Friday at 1pm CT. Join us on YouTube for the premiere! #shorts