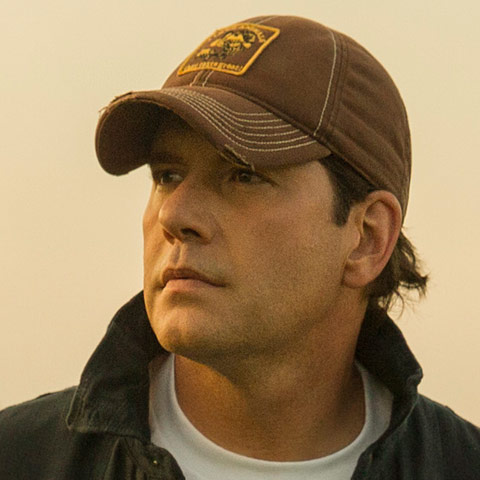 “Some of these songs were like carving a statue,” says Rodney Atkins. “You put a whole lot of stuff on there and then keep chipping away, so you only have left what you need—you figure out what’s just noise, what’s taking away, how do you make the lyrics really be heard. Sometimes you have to go way out there so you can come back.” Atkins’ fifth studio album, Caught Up in the Country, reveals an artist who is confident enough to know that making your best music can require patience and experimentation. While his storied career has reached such heights as being named the Top New Male Vocalist at the 2006 ACM awards and seeing his single "Watching You" become the Number One Song of the Decade according to Country Aircheck, it’s been more than seven years since Take a Back Road, his last record of new material. But Atkins knew that this time, he wanted to bring his songs further than he had ever gone before. “I’ve never taken it lightly,” he says, “but with some of the other albums, I got to take my time for part of the album. But then when you get that first single finished, you gotta go, and you start working at a faster pace for the second half of the album. This time, I got to take that time with every song.” The results, he believes, are the most daring collection of his career, touching on emotions and sounds which continue to expand his range—from the twangy celebration of the album’s title track (featuring the roof-raising vocals of The Fisk Jubilee Singers) to the slow-burn cover of Jason Isbell’s “Cover Me Up.” And with six Number One singles, eight Top Five singles, and over 13 million units sold, Atkins sees that his track record validates his approach. “I needed to try things, not limit myself to just sing the notes and get out of the way,” he says. “I wanted to really tell a story in the shape and the melody of these songs—there’s more diversity on this record than I’ve ever had before. And to really take time to figure out the nuances because ultimately, it’s a whole bunch of nuances that add up to make something special.”

Alright y’all... what town should we play a show in?

It’s crazy this album dropped 16 years ago today... Y’all made these songs more than “hits".