“I've been in Nashville ten years now,” says Dylan Scott, “and it's taken ten years for me to go, ‘Hey, I know who I am.’ It probably has to do with the fact that we’ve had a couple of hits and success, and that does feel good. But just from the standpoint of what I need to be doing musically, I feel more confident right now than I ever have, because I can see what the fans want from me.”

With the release of his second full-length album, Livin’ My Best Life, Scott nails down that support he’s been receiving as one of the fastest-growing acts in country music. The eagerly anticipated follow-up to his chart-topping Nothing To Do Town EP features the Top 5 hit “New Truck,” the latest in a string of smashes that includes two Number One singles at radio, “My Girl” and “Nobody,” the Top 5 hit “Hooked,” and the viral, TikTok-fueled ballad “Can’t Have Mine (Find You a Girl).”

Following his nomination for “Best New Country Artist” at the iHeartRadio Music Awards, Scott’s platinum-certified ode to his wife, “Nobody,” earned him a 2021 CMT Music Award for Breakthrough Video of the Year. Fresh off his first performance at Nissan Stadium during CMA Fest 2022 (“the last time I was there, I was watching from the nosebleeds,” he says with a laugh), the Louisiana native has toured with superstars such as Garth Brooks, Luke Bryan, and Chris Young on his way to racking up career streams exceeding 1.8 billion.

All of Scott’s experiences since the release of his self-titled, gold-certified debut album in 2016 figure into the personal, powerful set of songs on Livin’ My Best Life. “When I released my first album, I was 26 years old,” he says. “Now I'm 31. A lot of things have changed—having kids and being married for quite some time now. So the context was pretty much the same, but it's more mature, and they’re just better songs.”

Scott co-wrote eight of the 16 songs on the album, which boasts credits from an all-star lineup of songwriters including Tyler Hubbard, Brian Kelley, Morgan Wallen, and Thomas Rhett. “I love writing, but I consider myself an artist before a writer,” he says. “There's so many great, brilliant songwriters in town. But it was a weird time because of the pandemic and everything, so I really went in with an open mind, just having fun with it and seeing what happens, And I do feel more confident in the writing room, knowing who I am as an artist and when to say ‘Hey, look, that's a great line, but it's not me.’ “

He points to one song as the real pivot point for the new album. “With ‘Nobody,’ I saw what the fans wanted,’ he says. “It started with ‘My Girl,’ which was a love song about my wife, and then we veered off in a couple of different directions—like a song called ‘Nothing To Do Town,’ which did well for us. But when we released ‘Nobody,’ and I saw how it connected, it help set my focus on what I needed to record for this album.”

Not that the whole project stays in the love song lane. Scott notes the up-tempo title track and “New Truck” as cuts that offer a different feel. “When I heard those the first time, I knew,” he says. “I was driving down the road listening and thought, this is something different that I don't have. I listen to, gosh, I can't tell you how many songs where I maybe get through the first verse and chorus and switch to the next one, so it's real special when you find something that you love.”

The most striking song on Livin’ My Best Life, though, is probably “In Our Blood,” an impassioned call for unity and equality on which Scott is joined by his friend Jimmie Allen. “I love what it says, I love what it means,” he says. “That's who I am and the way I feel about things. I felt super strong about it—I felt like that message needed to get out and I wanted to be the one to do it. Jimmie Allen was nice enough to hop on it with me; we've been buddies for several years. I just wanted it to be perfect, everything about it, because I thought it was such a special lyric.”

Scott expresses pride in the growth he hears in his vocal performances, at a time when music is often more about the show than the singing. “There's a song on here called ‘Lay Down With You’ and it's just a very straightforward, traditional country song, which is what I grew up on,” he says. “It's hard to get away with stuff like that in this day and age, especially in a live show—to go ‘We're gonna do a little shuffle country song with a smooth baritone thing going on,’ but that's one I'm really proud of and hopefully a lot of people will enjoy it.”

Having just wrapped up the Livin’ My Best Life tour, Scott credits Luke Bryan with offering some words of wisdom that altered his approach to the stage. “It was the most simple advice I've ever heard in my life,” he says. “Luke just looked at me on his bus and said, ‘All you have to do out there is have fun—if you have fun, they have fun.’ So that's what we've been doing. Back in the day, I used to think about things way too much, like ‘I really hope these people like me, I hope they leave here wanting to listen to my music,’ but if you go out there and have fun, everything kind of works itself out.”

Scott’s family plays a huge part in his life, and in his work—his wife Blair is the inspiration for multiple songs and his kids, Beckett and Finley Gray, often turn up in his photographs and social media. This might seem out of step with a county music world that often feels dominated by songs about girls, beer, and parties, but he says that’s just who he is. “Everything that’s happened for me has been a lot of hard work and a lot of stress and a lot of sleepless nights,” he says, “but I also feel like everything has happened organically. I wrote ‘My Girl,’ a love song about my wife before we had kids, and almost didn't even record that song, because I thought nobody wanted to hear a love story like that. And then next thing I know, fans are singing it back to me. Same thing with ‘Nobody,’ and definitely the same thing with ‘Can't Have Mine’—I just threw that thing up on TikTok to see what people thought about it and it absolutely blew up.”

“I don't get too caught up in the whole ‘I’m a country music star’ stuff,” he continues. “I'm just a regular guy that loves singing and wants to do it for the rest of my life. Don't get me wrong—I don't party too much, but I like a good party song, I like a good drinking song, I like a good sad song. We need stuff like that, and we have some, but it's not an agenda. It just happens how it happens.”

Immediately after Livin’ My Best Life comes out, Dylan Scott heads back out on the road, this time on the Amen To That tour, named for another track on the album. And that name expresses his mood right now. “With everything going on, I just feel like Amen to that,” he says. “Amen to having all the success, Amen to everybody loving what we're doing and loving the music, Amen to another Number One—hey, Amen to all that.” 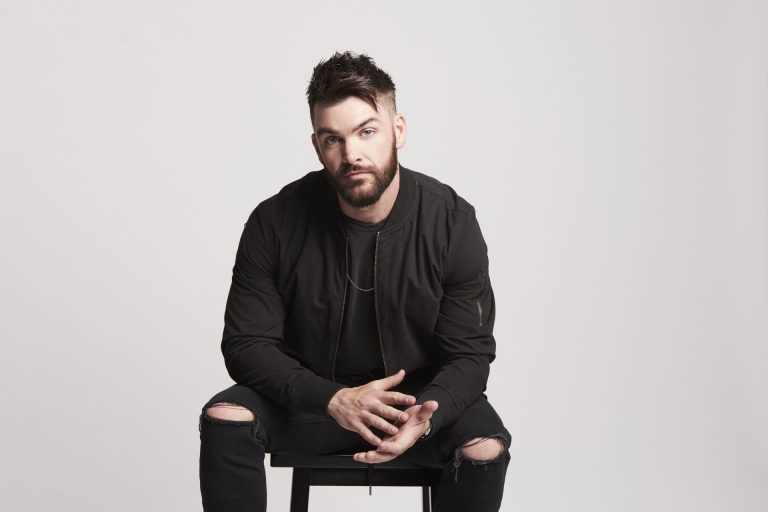 Dylan Scott Gets Busy With New Single, Nothing To Do Town   Read More >

That “we finally got the kids in bed” feeling!

Being a daddy is my favorite part of life! #country #Dads #music

Anyone feel this? Should I record it? #countrymusic #country #music #America

She scare me, just ya know… startled me. #pranked #Funny #Wife

Who did it better tho? #Dancers #Dancing

Chest up, put a smile on, and get the biscuit! #Country #CountryMusic

Just how I feel about it #CountryMusic #NewMusic