Rodney Atkins – Caught Up In The Country Remix

Continuing the success of his 2018 hit “Caught Up in The Country” (Featuring the Fisk Jubilee Singers), award-winning country music artist Rodney Atkins is releasing a new remix to the single featuring renowned artist, Sam Feldt. The single is available on all major streaming services today (February 8, 2019), along with an accompanying official lyric video.  http://smarturl.it/CUITCRemix

“Working with a guy as talented as Sam Feldt is one of those things you never really think is possible,” shares Atkins, who was in Europe when he had the idea to create a dance version of the song and connected with Sam, based on the song’s Spotify Streaming success, to put the collaboration together. “One of the greatest things about music today is that we can try things that would have not been possible in the past, and together explore and expose the music we make to people that would have never had the chance to hear it in the past.”

‘Uplifting’ is the word that best describes Dutch DJ, producer and entrepreneurial spirit, Sam Feldt. Having built a career upon his distinctly feel-good sound, Sam now has also set his sights firmly on the future, working on his own platforms for a more social and sustainable dance music industry.

“As you can clearly see looking at my discography, I like to collaborate with unusual artists and instrumentalists – and this collaboration was no different. Blending a style that is so different from mine into a Sam Feldt, country infused track was a challenge but definitely a fun one! I actually like country music a lot so having the honor to remix Atkins’ latest single was a dope experience for me,” says Feldt.

The lead single and title track off of Rodney’s upcoming fifth studio album, Caught Up in the Country, which will be released on May 10, features Atkins’s timeless twang while pushing boundaries through a thunderous beat and vocals from the Fisk Jubilee Singers, the historic a cappella vocal group consisting of students at Nashville’s Fisk University. The resulting song, called a “contagious country anthem” by The Boot and applauded for its “modern ‘anything goes’ style of production” by Taste of Country, serves as the perfect launching pad for Atkins’ return to country music.

With eight top 5 singles and six number 1 singles under his belt, Atkins is one of the most prominent country artists. His music is a unique voice in the country genre. Atkins has continued to be recognized as a powerful voice on country radio ever, with his Platinum-selling No. 1 “Watching You” earning the top spot on Country Aircheck’s top-played songs of the decade list. Atkins was the second-most played artist of the decade overall and has amassed six No. 1 hits throughout his career. He has also sold over 13 million units and was recently awarded with a plaque celebrating his nine career Gold, Platinum and Multi-Platinum RIAA certifications to date. 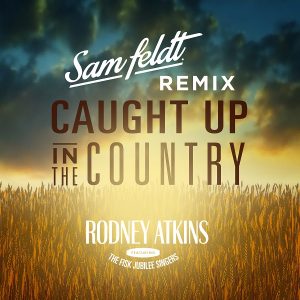