Curb Records artist Andreas Moss pops the champagne for a vibrant Latin-tinged fiesta on his new song, “Chaka Khan.” With an assist from electro-pop artist Sinclair, Moss lights up the night with a group of rowdy friends and an open bar tab. An evening of colorful revelry ensues as the friends toast the party with a spin on the dance floor and a bender sure to usher in a morning-after hangover.

Andreas Moss is a Swedish-born, Nashville-bred, and Los Angeles-based singer-songwriter heavily inspired by the emotive, openhearted end of contemporary R+B. Moss has appeared on Spotify’s “Global Viral 50” playlist, “New Music Friday” and “Viral 50” playlists in multiple countries. He has earned over 3.2M streams for his viral single, “Thinking About You,” and gathered over 11M streams and views for his music. The Curb Records recording artist has performed in support of Juicy J, Andy Grammer, and Fetty Wap, among others, while being praised by media outlets such as Billboard, PopDust, and Clash. 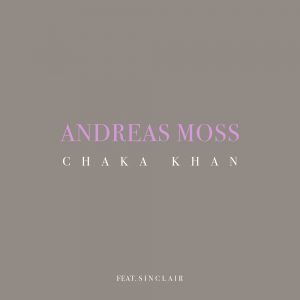