American Young – Gonna Be You

AMERICAN YOUNG RETURNS WITH “GONNA BE YOU”

With fluttering opening vocals, the wistful track merges two unique viewpoints. Jon harnesses lead vocals on the first verse as he reflects on the demise of young love, wondering if he’ll ever get a second chance. As if echoing his thoughts, Kristy leads with a female perspective on the second verse as she finds the courage to rewrite the past. Then, like two people who make their way back to each other, their signature harmonies interlace when the song finds its resolve in a relationship that was meant to be.

For Kristy the song serves as a compass. “Life takes us down so many winding roads in pursuit of our dreams,” she observes. “The farther away from home we get, the closer to home we are. Home is where my love is.”

American Young is comprised of Country singer/songwriters Kristy Osmunson and Jon Stone, both of whom found success in Nashville before joining forces. Prior to launching American Young, Osmunson, a fiddle player and former member of vocal group Bomshel, had songs recorded by Joey + Rory, among others; while Stone was an in-demand producer who had cuts recorded by Rascal Flatts, Kenny Chesney, Blake Shelton, and others. Following the release of their self-titled debut for Curb Records, featuring the singles “Love Is War” and “Wasn’t Gonna Drink Tonight,” American Young was nominated for a British Country Music Association Touring Award two years in a row. The duo performed in more than 16 countries in 2018 alone. In addition, Jon can be seen on the hit E! series “Very Cavallari.” American Young’s new song, “Gonna Be You,” is now available. 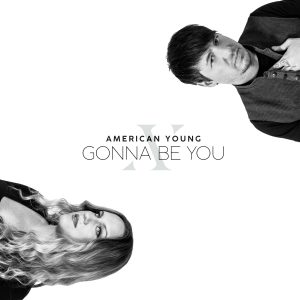