Shares the Story Behind His Car-Inspired Name

The “Take a Back Road” singer, 50, and his wife, Rose Falcon Atkins, welcomed their second child together on Monday, Aug. 26, his rep reveals exclusively to PEOPLE.

“It’s amazing how Aug. 26 was just another day on the calendar. Now it’s a day we thank God for and will celebrate every year,” the couple says.

“Rodney was the most incredible birth partner, my rock. His calm and collected nature was so reassuring at times when I felt overwhelmed,” says Rose, 35, adding jokingly, “Last week, I saw on Instagram where Tyler Hubbard declared himself a ‘DUDEla.’ I think maybe he and Rodney should go into business.”

Scout and Ryder have the same middle name, Falcon, which is their mom’s maiden name — a shared moniker Atkins tells PEOPLE was important to the couple.

As far as his new son’s first name, “Scout came from the first vehicle I ever drove,” he says. “It was a 1976 International Scout. After ‘Watching You’ went No. 1, Mike Curb gave me the keys to the ’72 Scout that I drove in the video. I’ve always thought it would be a cool name for a boy, and I still can’t believe Rose went for it.”

The new parents had to wait a little longer than expected to meet their new arrival, though, who didn’t make his debut until almost a week late! Recalls Atkins of five days past Scout’s due date, “We had already tried several things to get her labor started but nothing worked until Rose tried the old wives’ tale, castor oil.”

“At 9:30 p.m., she started having contractions, and at midnight we were in labor and delivery with our midwife Angie Long and our doula Amandine Bossy,” he continues. “Witnessing Rose’s face, the whole thing completely natural, is the most superhuman thing I’ve ever experienced.”

“It’s hard to describe something when you know angels are present,” Atkins adds, praising his wife, “Hearing her say, ‘I can’t do this’ and then watching her do it over and over was inspiring, scary, beautiful, heartbreaking and soul-lifting at the same time.”

“After years of infertility and [in vitro fertilization] treatments eventually leading to Ryder’s birth, I never imagined we would have a (very much wanted) surprise baby,” Rose tells PEOPLE of Scout, referring to both him and big brother Ryder as “miracles in different ways.”

“The journey to building our family has been anything but predictable or easy, but I wouldn’t change a thing,” she continues. “I really look forward to seeing the smile on Rod’s face when we get Eli, Ry and Scout all in one room … he is such a proud daddy.”

In a clip chronicling the couple’s sex reveal back in March, Atkins hit a baseball that exploded into a cloud of blue after first thinking the video filmed was solely for their partnership with Second Harvest Food Bank.

Atkins revealed the exciting pregnancy news on Valentine’s Day earlier this year in a heartfelt lyric video for “My Life,” the second single from his most recent album, Caught Up in the Country.

Both Atkins and Rose promised their Instagram followers a “surprise ending” if they watched the entirety of the video. Beginning near the 3:10 mark, a framed picture of Ryder and Elijah flashed across the screen, with the younger of the two brothers holding up an ultrasound photo in the snap.

“Thank you to everyone for your kind words about our growing family!” Atkins captioned the image in an Instagram post. “Made releasing this new song even more special.” 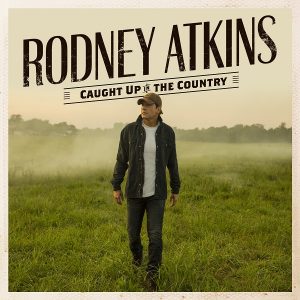