Currently on Tour with Lauren Alaina

Curb Records recording artist and Country music singer/songwriter Filmore invites fans to “My Place” with the release of another new song today. “My Place” is the latest in a series of recently-released songs from the Wildwood, Missouri-native, who also gives listeners a tour of his former Nashville home – where a lot of his music has been created – in the song’s official visualizer video.

“‘My Place’ is about living with a group of friends and having a spot where everyone can hang out and throw down, no matter the day or time,” shares Filmore, who has already accumulated 114 million career on-demand streams. “For me, it’s about the house my band and I lived in. One day I went through and described everything around me, from pizza left on the counter to the church pew in the front hall. So many amazing things came from those days, and we even wrote and recorded the song there.”

“My Place” follows Filmore’s first song release of 2020, “State I’m In.” The singer’s fresh music chronicles his life and experiences over the past couple years as he has experienced more of life’s ups and downs and seen his worldwide fan base—who are along for every note and lyric of the journey—grow significantly. Filmore is currently providing direct support for Lauren Alaina’s That Girl Was Me Tour, which kicked off with two back-to-back, sold-out nights at Nashville’s Exit/In earlier this month and concludes Feb. 8 at Buckhead Theatre in Atlanta.

With a voice the New York Times says “never flirts with tension” and is “peaceful in his resignation to hurt,” Filmore continues to build on the success of breakout tracks “Slower” and “Love That About You.” The Country star has been featured on Sirius XM’s “The Highway” and noteworthy Spotify playlists, including “New Music Friday,” “Hot Country” and “Wild Country.” He was also named one of Pandora’s Country Artists to Watch in 2019.

Remaining That Girl Was Me Tour Dates with Lauren Alaina: 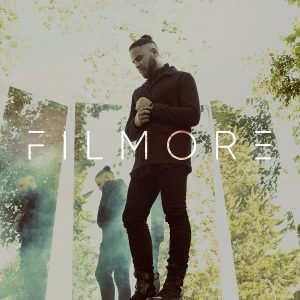 “Groundbreaking” is just one word that can begin to describe Filmore, a Wildwood, Missouri native, who now calls Nashville home. With over 114 million on-demand streams, appearances on NBC’s “TODAY” and The Bobby Bones Show, the singer/songwriter has honed his electric and engaging live show by opening for artists such as Sam Hunt, Blake Shelton, Carrie Underwood, Dan + Shay and Pitbull and has rocked performances at Stagecoach, Watershed, CMA Fest and Country Thunder. Songs like “Slower,” “Love That About You” and “Other Girl” have already begun resonating with fans thanks to unprecedented streaming boosts, as prior to being signed, Filmore was the first independent artist to be featured on Spotify’s Hot Country cover. For more information, visit filmoremusic.com or follow online @filmoremusic.