for KING & COUNTRY SHOWS THE NEW MEANING OF BEING “TOGETHER” WITH INSPIRING OFFICIAL MUSIC VIDEO, STREAMING NOW

On the heels of a groundbreaking debut on ABC’s Good Morning America, four-time GRAMMY® award winner and Curb | Word Entertainment recording artist for KING & COUNTRY released the official music video for “TOGETHER (feat. Kirk Franklin and Tori Kelly).” In this moving video, which received over half a million views in its first 12 hours, Joel and Luke Smallbone join Kirk Franklin, Tori Kelly, and thousands of those affected by the pandemic to show what it means to be TOGETHER during these unprecedented times. You can watch the video, filmed with social distancing guidelines in place, by clicking here.

“We are so grateful that ‘TOGETHER’ has finally found its way from our hearts to your ears,” Joel and Luke Smallbone shared in an Instagram statement.  “Thank you to Kirk Franklin and Tori Kelly for your extraordinary spirit, and to all of you who lent us your stories and voices to make this music video possible. We hope that this video offers a bit of light and ‘togetherness’ during this time.”

With each artist filming in isolation, Joel and Luke Smallbone, Kirk Franklin, and Tori Kelly join together with thousands of those directly affected by COVID-19 to share personal messages of struggle, perseverance, and optimism. Those messages of hope, paired with expertly crafted pop melodies and harmonies, turn for KING & COUNTRY’s latest video into a siren song for those struggling during this time. You can stream “TOGETHER (feat. Kirk Franklin and Tori Kelly)” here.

for KING & COUNTRY has seen an immediate response from “TOGETHER” since its premiere last week, as the new song charted at No. 5 on the iTunes overall Top Songs Chart and has amassed over half a million on-demand streams in its first three days. “TOGETHER” was featured on Spotify’s New Music Friday playlist, and appeared on Apple Music’s New Music Daily and Today’s Top Pop Hits playlists. To watch Joel and Luke’s premiere of “TOGETHER” on ABC’s Good Morning America, click here.

Four-time GRAMMY® award-winning Australian duo, for KING & COUNTRY, comprised of brothers Joel & Luke Smallbone, collaborated with renowned entertainer Dolly Parton to release a version of the duo’s 11-week No. 1 hit “God Only Knows” in 2019. In 2020, the duo won two GRAMMY® awards. One for “God Only Knows” (with Dolly Parton) in the Contemporary Christian Music Performance/Song category, and their 3rd studio album, burn the ships, won a GRAMMY® in the Contemporary Christian Music Album category. for KING & COUNTRY graced the CMA stage to perform “God Only Knows” with the incomparable Dolly Parton at the CMA awards, and they performed their unique and powerful rendition of “Little Drummer Boy” at CMA Country Christmas, receiving national critical praise for both. In the days following their Christmas performance, Joel and Luke Smallbone saw their previously released version of “Little Drummer Boy” undergo a 1,338% increase in downloads, a 60% increase in on-demand streams, and sat atop Billboard’s Christian Digital songs chart. They have garnered six No. 1 hits, nine Top 10 hits, six GRAMMY® nominations, three Billboard Music Award Nominations, an American Music Award nomination, and had songs featured on the Emmys, Super Bowl, Sunday Night Football and other high-profile events. National performances include The Tonight Show, Today Show, Jimmy Kimmel Live!, The View, CMA Awards, and CMA Country Christmas. The duo’s burn the ships | world tour has SOLD-OUT over 40 shows across the world including USA, Australia, Germany, Netherlands, and New Zealand. In total, for KING & COUNTRY has accumulated nearly 1 Billion on-demand streams. 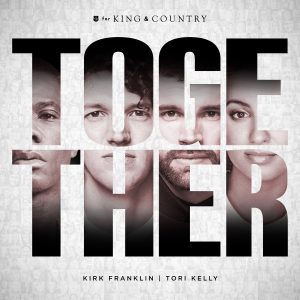