In less than 10 weeks, the song catches fire and lights up the World with its hip-hop and Caribbean beat hitting over 92 countries!

“A multicultural hip-hop artist, Steven Malcolm’s songs are grounded in faith, fiercely-delivered rhymes, and a willingness to blur the lines between genres.” – Ghettoblaster Magazine

R3HAB deepens the song’s groove and enhances its dance-floor appeal. “R3HAB took a hit record and turned it into the good ol’ days, back when clubs in Miami were packed with people ready to have a great time and dance to great tunes,” says Steven. The collaboration has 1 million streams through Spotify in the week since its release, which improves Steven’s resume that includes multiple award nominations and more than 41 million on-demand streams across all DSPs. The remix is featured on the Dance Pop Hits Spotify Playlist.

The song is featured on several influential Spotify playlists such as DJ 100, R3HAB Night, and EDM House | Ibiza. “The R3HAB remix is nothing short of a contagious head bop,” adds Steven.

“Fuego” (R3HAB Remix)” is available now across all DSPs. For updates and more information about Steven Malcolm please refer to the social media links below. 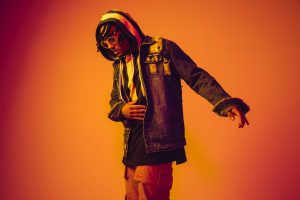 A multicultural hip-hop artist, Steven Malcolm’s songs are grounded in fiercely-delivered rhymes and a willingness to blur the lines between genres. It’s an approach that’s earned the songwriter five award nominations, more than 41+ million on-demand streams, and an audience that’s just as diverse as his own influences, bridging the gap between the worlds of commercial rap, pop, and reggae. He released an independent album, Monsters Ink, and signed a deal with Word Entertainment, becoming the first rap artist on the label’s roster. If Monster’s Ink turned Steven into hip-hop’s newest up-and-comer, then Steven Malcolm — his self-titled, major-label debut — established him as a commercial juggernaut, with songs like “Hot Boy” and the pop-rap tune “Party in the Hills” becoming hits. He continued crystallizing his sound with 2019’s The Second City, a hard-hitting, lyrically-driven record that focused on messages of hope, redemption, and ambition. Both albums feature tracks produced by Social House’s Scootie (Ariana Grande, Meghan Trainor, Jennifer Lopez, Chris Brown). “Fuego” highlighted Steven’s Jamaican roots and reggae influences (both of which would be showcased again in 2020, when he teamed up with Shaggy for the larger-than-life “Fuego Remix”). From his cinematic music videos to his diverse, hard-driving music, Steven Malcolm continues making art that breaks boundaries and inspires listeners to become better versions of themselves.