On the new track “Used To Be,” Filmore looks back at a love that made him a better man. “‘Used To Be’ is a song that pulls from my high school and college days. It definitely touches on my hometown more than a lot of my music recently and touches on breakups from my past,” the Wildwood, Missouri native shares. “I think after a long relationship with someone, you can miss who you were with that person, especially right after things end and you’re trying to figure out who you are after them. You’re always going to miss that version of yourself just a little bit, but hopefully, you get better as you move forward in life.”

The singer/songwriter is set to release more new music in the coming months. In the meantime, he’s slowly making his way back out on the road for select safe, socially distant shows. On Labor Day weekend, Sept. 3-6, 2021, he’ll join Brett Young’s Caliville Weekend lineup in Palm Springs. Earlier this month, Filmore played a set at the Clay County Fair in Florida. On Mar. 5, he returned to Ballpark Village in St. Louis for a limited-capacity show on the Fox Sports Midwest Live! stage as part of “Hot Country Nights: Homegrown Series,” presented by 92.3 WIL, at the home of the St. Louis Cardinals. Filmore headlined the same concert series in February 2020 with a full band and a sold-out, full-capacity crowd right before the pandemic shuttered live events. 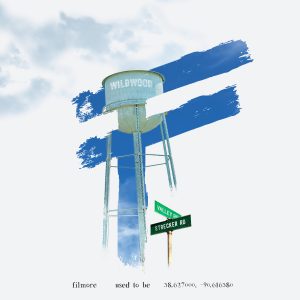 Stream or purchase “Used To Be” HERE. For more information, visit www.filmoremusic.com.

“Groundbreaking” is just one word that can begin to describe Curb Records recording artist Filmore, a Wildwood, Missouri native, who now calls Nashville home. With over 175 million on-demand streams, appearances on NBC’s “TODAY” and The Bobby Bones Show, the singer/songwriter has honed his electric and engaging live show by opening for artists such as Sam Hunt, Blake Shelton, Carrie Underwood, Dan + Shay, Lauren Alaina, and Pitbull; and has rocked performances at Stagecoach, Watershed, CMA Fest and Country Thunder. Song releases like “Slower,” “Love That About You,” and “Other Girl” are resonating with fans thanks to unprecedented streaming boosts, as prior to being signed, Filmore was the first independent artist to be featured on Spotify’s Hot Country cover. Filmore’s new radio single, “Nothing’s Better,” impacted at Country Radio on 2/16/21. For more information, visit filmoremusic.com or follow online @filmoremusic.