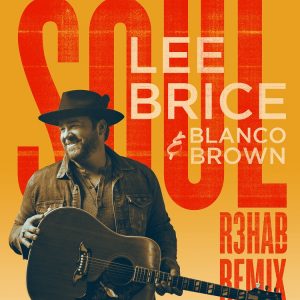 Recently, Brice kicked-off his highly awaited headlining, Label Me Proud Tour. Brice will bring his “Soul” to 23 markets, performing for all the fans who have been clamoring for live music again the way only Brice can do it – by throwing one hell of a party! Supporting Brice out on the road this summer is his good friend and artist Michael Ray and recording artist Jackson Dean. For select dates, Tyler Farr and Tim Montana will also be making appearances during the Label Me Proud Tour

Tickets for the Label Me Proud Tour are available now here.

When Curb Records recording artist, Lee Brice, isn’t selling out arenas, writing and recording songs, or building new brands like American Born whiskey, you’ll find the family man with his wife Sara, two young boys, and daughter. Meanwhile, with over 3 billion on-demand streams, and over 3.6 billion spins on Pandora, Brice continues to enjoy massive success at country radio, digital streaming services, and on the road. He recently reached #1 at Country Radio with “Memory I Don’t Mess With,” which consecutively follows three prior #1s: ASCAP’s 2021 Country Song of the Year “One of Them Girls,” “I Hope You’re Happy Now” with Carly Pearce, and “Rumor,” which was nominated in the category Single of The Year at the 55th Annual ACM Awards. One of the most-played country artists of all time on Pandora, he was the second country artist behind Keith Urban to receive the Pandora Billionaire plaque. Lee is also a GRAMMY nominee, a CMA and ACM award winner, and he’s taken nine radio singles to Number One: “A Woman Like You,” “Hard to Love,” “I Drive Your Truck,” “I Don’t Dance,” “Drinking Class,” “Rumor,” “I Hope You’re Happy Now,” “One of Them Girls,” and “Memory I Don’t Mess With.” Garth Brooks, Jason Aldean, Kenny Chesney and others have recorded his songs, and he’s performed on numerous TV shows, including NBC’s Today, ABC’s The Bachelor, NBC’s The Voice and FOX’s Miss USA 2018. Lee performed as part of the Library of Congress Gershwin Prize for Popular Song honoring Garth Brooks, aired on PBS March of 2020. At the 54th Annual CMA Awards, Lee took home the prize for Musical Event of the Year for his song with Carly Pearce, “I Hope You’re Happy Now.” At the 56th ACM Awards, “I Hope You’re Happy Now” won Single of the Year and Music Event of the Year, and Lee and Carly Pearce performed the song live. Lee’s latest album, Hey World, features new radio single “Soul.”

Hey World – the new album from Curb Records recording artist Lee Brice – sets a very high bar even higher when it comes to music from this Country Music singer/songwriter with 3.7 Billion career on-demand streams. The ACM and CMA Award winner, and GRAMMY nominee, hit #1 at Country Radio for multiple weeks with “One of Them Girls.” Hey World is a 15-track collection released in the middle of one of the most unique times in modern history, and who better to provide our soundtrack then Lee Brice. “We wrote the title-track from an introspective, truthful place, and probably what most people are actually feeling right now,” shares Brice. “With everything that is happening in the world currently, and how fast paced we are as a society, in general, sometimes you just want everything to stop – just to appreciate what we do have. People are suffering and it can’t be ignored.”

Moving through the experience of these 15 songs takes you from the desire to shut out the craziness of the world through the song, “Hey World,” to a message from the great beyond to family and friends with “Save The Roses,” onto the stop-you-in-your-tracks “Lies,” then all the way back around to “Atta Boy” and “More Beer” – all-in providing a fully-immersive, perspective-bringing, real-life look at our world. Lee adds, “Recording this album was very different from how any of us have done it in the past. Having to be separated, this project had a unique set of challenges but came out as something I’m really proud of, and might be my most complete and cohesive album to date. We’ve worked hard to get this accomplished, and I can’t wait for the world to hear it. I hope they love it as much as I do.”

Celebrating 58 years in business, Curb Records is one of the world’s leading independent music companies. Owned and operated by Mike Curb since 1964, Curb Records has achieved 435 number one records, over 1,500 hundred Top Ten records and charted over 4,500 total records. With over a half-century in operation, Curb Records has been influential in the careers of some of the biggest names in music, including: Tim McGraw, Hank Williams, Jr., Rodney Atkins, Lee Brice, LeAnn Rimes, The Judds, Dylan Scott, Sawyer Brown, Wynonna, Lyle Lovett, for KING & COUNTRY, We Are Messengers and Big Daddy Weave, among many others. Today’s roster includes some of the top names across multiple genres of music. For more information, visit www.curb.com.