Missouri born singer/songwriter, FILMORE, is steadily gaining a following through his engaging videos, relatable lyrics, and electric live performances. His 2016 EP, PROOF, landed on Spotify’s Viral Top 50 – US Playlist, peaking at #12. His latest EP, released on July 7, 2018 and titled Last Year, had 2 tracks land on the highly coveted New Music Friday multi-genre playlist. One of which – “Love That About You” – also reached viral status in the US the week of its release. Filmore has toured alongside major acts including Sam Hunt, Michael Ray, Russell Dickerson, Chase Rice and Jon Pardi, among others in addition to sold-out headline club dates. Noteworthy festival performances include CMA Fest, Stagecoach, Country Thunder USA, LouFest, Buckle and Boots (UK), and Faster Horses. Filmore has been featured on SiriusXM’s “The Highway”, The Bobby Bones show, Pandora, Spotify, Apple Music, and CMT. His hit song -“Slower” – has amassed over 20 million spins after being released on February 2, 2018, with placements on Spotify’s “Wild Country”, “New Boots”, “Hot Country”, Pandora’s “New Country”, and XM “The Highway”. Before signing with Curb | Word Entertainment late 2018, Filmore was the only independent artist to ever be the face of the Hot Country playlist on Spotify, one of the largest and most listened to playlists worldwide on the platform. 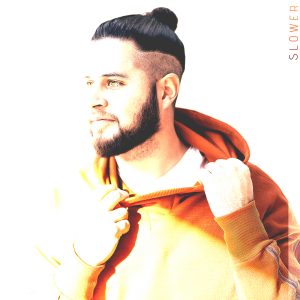