The New York-native artist, Blanca, is a powerhouse pop vocalist of Puerto Rican descent. Following a successful multi-year run with Group 1 Crew, she stepped out to go solo. The Premios Redención award recipient’s debut solo album garnered two number 1 radio singles, “Who I Am” and “Not Backing Down” (feat. Tedashii), the latter of which was featured on ESPN.

Blanca’s latest album release is a project that is very personal to her. That album, ‘Shattered’, has added back to back number 1 radio singles with “Real Love” and “What If” to her story, to go along with her 40 million streams and more than 20 million views on YouTube.

Quebrantado is the 5 song Hispanic version of her latest album slated for August 30th. Blanca notes – “I’m so excited to announce my first Spanish EP, ‘Quebrantado’ (meaning “Shattered” in Spanish) is releasing August 30th! Getting to dive in to my heritage and re-record some of the songs off my album ‘Shattered’ has been so special. 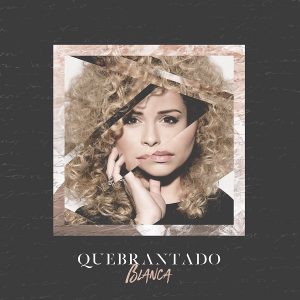