Signs With IVAV, A Division of Curb | Word Entertainment

Since releasing his first single called “Cool Kid,” Jay-Way has made it clear he’s different. He’s already made a name for himself throughout Europe, thanks to clean lyrics and complex storytelling that spread a positive message. Jay-Way released his first solo album, Jaynalysis, in 2015—the same year he was named “Best Rapper” at the Glint Awards in his hometown of Amsterdam and dubbed an “Encore Freshman of the Year.” With more than 2 million streams to date, his song, “Happen Dappen,” landed at the top of Spotify’s NL Viral Chart.

In 2017, he released a follow-up EP titled No Life No Wifi, which earned him the distinction of being named FunX’s “Artist of the Week.” In addition, he has an exclusive endorsement deal with global athletic apparel and footwear brand Puma. Fluent in Dutch, Jay-Way raps in smooth English, redefining traditional hip-hop with his expressive style and unique cadence. Already a success story in his home country of the Netherlands, Jay-Way is poised to make a powerful statement in the American hip-hop scene in 2020. 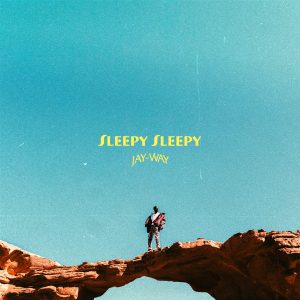