NASHVILLE, Tenn. (January 24, 2020) — To commemorate the finale of Netflix’s The Ranch, Netflix has partnered with Curb Records to release a soundtrack of select music featured in the series, entitled The Ranch (A Netflix Original Series Official Soundtrack). The soundtrack is available today (1/24/20) in digital and physical (CD) formats. A limited edition 12” vinyl of the soundtrack will be available on February 14, 2020. Starring Ashton Kutcher, Sam Elliott and Elisha Cuthbert, The Ranch was the first original comedy series Netflix ever produced. Listen to and purchase the soundtrack HERE.

An exclusive remix of Lee Brice’s chart-topping song, “Rumor,” serves as the compilation’s lead single. The soundtrack’s “Rumor (Glover Mix)” follows Brice’s original album version of the song, which earned the hitmaker a No. 1 at Country radio this summer; and “Rumor (Bryan Todd Remix),” which was recently one of the most added songs at mainstream AC radio and currently sits in the Top 25 on both the Billboard and Mediabase AC charts. Listen to “Rumor (Glover Mix)” HERE.

The final episodes of The Ranch are now streaming on Netflix.

Celebrating 56 years in business, Curb Records is one of the world’s leading independent music companies. Owned and operated by Mike Curb since 1964, Curb Records has achieved 435 number one records, over 1,500 Top Ten records and charted over 4,500 total records. During its half century of operation, Curb Records has been influential in the careers of some of the biggest names in music, including Sammy Davis, Jr., The Four Seasons, Donny & Marie Osmond, The Judds, Hank Williams, Jr., Tim McGraw, LeAnn Rimes, Wynonna Judd and more. Today’s roster includes some of the top names across multiple genres of music. For more information, visit www.curb.com.

About Netflix:
Netflix is the world’s leading streaming entertainment service with over 167 million paid memberships in over 190 countries enjoying TV series, documentaries and feature films across a wide variety of genres and languages. Members can watch as much as they want, anytime, anywhere, on any internet-connected screen. Members can play, pause and resume watching, all without commercials or commitments. 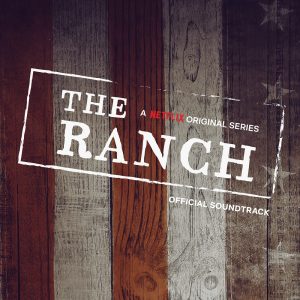