Curb Records recording artist Dylan Scott is set to make a return appearance on TODAY next Wednesday, Feb. 19, 2020. Scott will perform his new single, “Nobody,” during the fourth hour of TODAY with HODA & JENNA. Hailed by Sounds Like Nashville as a “classically minded soulmate’s ballad of eternal dedication,” “Nobody” is found on Scott’s chart-topping Nothing To Do Town EP. Next week’s performance marks Scott’s second appearance on TODAY, following his national TV debut on the morning news program in 2018 where he performed his Top 5 hit “Hooked,” the follow up to his No. 1 single, “My Girl.”

Also today, Scott announces his headlining Causin’ A Scene Tour, kicking off March 6, 2020 in Tuscaloosa, AL. The tour will take Scott through additional cities in the Southeastern U.S. before moving into other parts of the country. Additional dates will be announced soon. Tour dates can be found HERE.

Following his performance on TODAY with HODA & JENNA, Scott will continue his trek as direct support on Brantley Gilbert’s Fire’t Up 2020 Tour. For more info and all tour dates, visit www.dylanscottcountry.com. Listen to Dylan Scott: The Complete Collection on Spotify HERE.

**All dates and cities subject to change.

Curb Records’ hot rising star Dylan Scott is the total package – a powerful singer with a deep, resonating drawl; an old-soul songwriter with a young spirit; a heartthrob with an easy smile; and a dreamer who followed in his father’s footsteps to Nashville. The Platinum-certified “My Girl” became his first #1 at radio, followed by Platinum-Top 5 single, “Hooked.” His Nothing To Do Town EP hit #1 on the Billboard Country Album Sales chart. With career on-demand streams surpassing 849 million, last summer the Louisiana-native headlined shows and opened for Garth Brooks, Luke Bryan and Chris Young. Scott garnered his first career nomination for Best New Country Artist at the all-genre 2019 iHeartRadio Music Awards and was named among Country Radio Seminar’s coveted New Faces of Country Music® Class of 2019. Additionally, he released a seven-song EP honoring legendary singer/songwriter Keith Whitley with An Old Memory (A Keith Whitley Tribute). His next single, “Nobody,” impacts Country radio February 18, 2020. 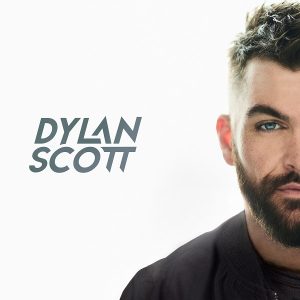