Curb Records singer/songwriter Filmore drops a romantic version of his fan-favorite song, “Other Girl.” The stripped-down “Other Girl [Piano + Strings]” is exclusively available across all digital streaming platforms. In addition, Filmore has released a video visualizer for the song’s stunning new treatment. Watch the official visualizer HERE.

“This song is about finding your person,” Filmore shares. “It speaks to never needing another love and pointing out all the little details that make someone special when you let them know how you feel about them.”

Filmore originally released “Other Girl” last summer to critical acclaim. The commitment-filled ballad finds the earnest singer pledging his loyalty to the one he loves with clever wordplay. He fills the verses of the mid-tempo track with details he’s carefully honed about the woman he loves—everything from her drink of choice, to the song she sings in the shower. Filmore co-wrote “Other Girl” with some of Country music’s most in-demand songwriters: the late busbee, John-Luke Carter, and Josh Kear.

“Other Girl [Piano + Strings]” is the latest song in a series of single releases from the Country star. Last month, the Wildwood, Missouri native released fresh tracks “My Place” and “State I’m In.” The singer’s music chronicles his life and experiences over the past couple of years as he has experienced more of life’s ups and downs and seen his worldwide fan base—who are along for every note and lyric of the journey—grow significantly.

Filmore recently wrapped the That Girl Was Me Tour with Lauren Alaina. In March, he’ll cross the pond for shows in Germany and the U.K.

“Groundbreaking” is just one word that can begin to describe Filmore, a Wildwood, Missouri native, who now calls Nashville home. With over 117 million on-demand streams, appearances on NBC’s “TODAY” and The Bobby Bones Show, the singer/songwriter has honed his electric and engaging live show by opening for artists such as Sam Hunt, Blake Shelton, Carrie Underwood, Dan + Shay and Pitbull and has rocked performances at Stagecoach, Watershed, CMA Fest and Country Thunder. Songs like “Slower,” “Love That About You” and “Other Girl” have already begun resonating with fans thanks to unprecedented streaming boosts, as prior to being signed, Filmore was the first independent artist to be featured on Spotify’s Hot Country cover. For more information, visit filmoremusic.com or follow online @filmoremusic. 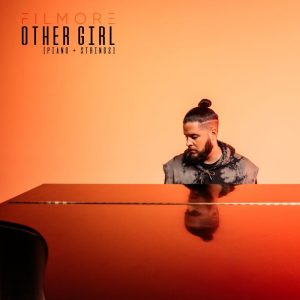