Bridging his unique style and vocal range with the familiar sound of The WRLDFMS Tony Williams and the fresh hip hop of Amsterdam’s Jay-Way, this take on a holiday classic is reminiscent of the acapella groups of yesteryear with the fresh spin of today. 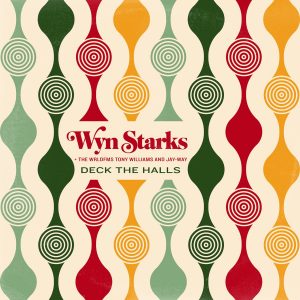 LISTEN TO “DECK THE HALLS” HERE

Raised in Minneapolis, Wyn sang his first solos in church. The soaring power of gospel music took hold of him at a young age, as did the pop songs and soul classics that he’d listen to at home, hidden from the rest of the world behind his family’s couch, headphones pressed to his ears. Wyn began creating music of his own — music that made room for the wide range of his influences while also pushing forward into unexplored territory. Looking for a town whose music community was as diverse as his art, he headed to Nashville, signing a record deal with Curb Records during his first six months in town.

“Deck The Halls” is now available on all DSPs. For more information on Wyn Starks, and to listen to his debut EP, Who I AM, visit www.wynstarks.com. Stay tuned for more from Wyn Starks!

For more information on Wyn Starks

Wyn Starks builds a bridge between the old-school sounds that filled his childhood — from the soulful sweep of Motown classics to the bright sparkle of ’80s hitmakers like Whitney Houston and Michael Jackson — and the grooves, hooks, and genre-bending bounce of contemporary radio. He creates a sound that celebrates not only the multi-octave range of his vocals, but also the power of his songwriting.