On Tour With Brett Young This Fall

Nashville, Tenn. (June 11, 2021) — Curb Records recording artist Filmore shares personal track, “We’ll Be,” with fans today (6/11). The Wildwood, Missouri native pledges forever on the special song he penned more than a year ago specifically for the moment when he proposed to his girlfriend of three years, Paige. 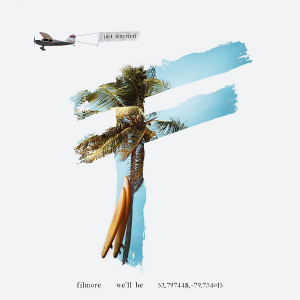 Filmore wrote the descriptive track with Mitchell Tenpenny and Michael Whitworth on the same back porch where he got down on one knee.

“The song is about meeting your forever person, and that can be a very relatable thing to a lot of people,” Filmore offers. “I also put a lot of specific details in the song like driving to Charleston to ask my wife’s dad if I could marry her, our porch swing on the front porch and drinking sweet tea, and waking up in a king size bed together. All of these little details are super special to me, and the song seemed to work because she said ‘yes.’”

The couple was married in an intimate ceremony last October in Isle of Palms, South Carolina, on the same beach where Paige’s parents were engaged 32 years prior. PEOPLE shared exclusive details on the couple’s engagement and wedding.

The newlyweds are featured together in Filmore’s official visualizer for carefree track “Who Cares,” which released last month. On Monday, the prolific lyricist performed a set of unreleased songs live from the Gibson Garage in Nashville. This fall, he’ll return to the road as a special guest on Brett Young’s “The Weekends Tour,” also featuring Maddie & Tae and Ryan Hurd. A full list of dates and cities are below.

“Groundbreaking” is just one word that can begin to describe Curb Records recording artist Filmore, a Wildwood, Missouri native, who now calls Nashville home. With over 183 million on-demand streams and appearances on NBC’s “TODAY” and The Bobby Bones Show, the singer/songwriter has honed his electric and engaging live show by opening for artists such as Sam Hunt, Blake Shelton, Carrie Underwood, Dan + Shay, Lauren Alaina, and Pitbull; and has rocked performances at Stagecoach, Watershed, CMA Fest and Country Thunder. Song releases like “Slower,” “Love That About You,” and “Other Girl” are resonating with fans thanks to unprecedented streaming boosts, as prior to being signed, Filmore was the first independent artist to be featured on Spotify’s Hot Country cover. Filmore’s new radio single, “Nothing’s Better,” impacted at Country Radio on 2/16/21. For more information, visit filmoremusic.com or follow online @filmoremusic.