Curb Records recording artist Dylan Scott drops the namesake for his upcoming fall tour today with “Amen To That.” The new song is now available HERE. His headlining “Amen To That Tour” is set to launch this fall, and all tickets are available today (6/24) at 10 a.m. local time at www.dylanscottcountry.com. Fans can still catch Scott live throughout the summer across the country HERE.

The “Amen To That Tour,” which begins Sept. 28, will see the CMT Music Award winner headline shows across the country. Singer/songwriters Erin Kinsey and Lily Rose are slated to provide direct support in select cities. Scott will be offering VIP Experience ticket packages throughout the “Amen To That Tour.” Packages include a general admission ticket plus early entry to the venue, a pre-show acoustic set, a meet & greet with photo op, a limited-edition merchandise gift and more. To view full VIP Experience details, please visit https://stagepilot.com/dylan-scott-2022.

Available today, Scott undoubtedly thanks God for the love of a good woman in “Amen To That.” Testifying to the fact that his wife makes him a better man, Scott affirms the redemption he’s found in a relationship rooted in forgiveness and unconditional love on the fresh selection released today. Expressing gratitude for an “angel in a Rocky Top hat,” the driving track is full of clever faith-laced imagery courtesy of songwriting aces HARDY, Morgan Wallen, Mark Holman and James McNair. Deftly delivered by the Louisiana native’s unmistakable southern drawl, “Amen To That” previews Scott’s sophomore LP, Livin’ My Best Life, arriving Aug. 5, 2022. 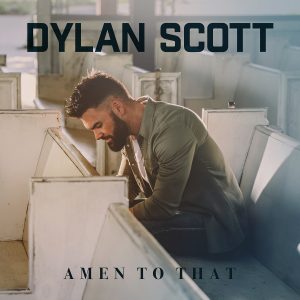 Stream or purchase “Amen To That” HERE. For tickets and up-to-date information on the “Amen To That Tour,” visit www.dylanscottcountry.com. Catch Scott live throughout the summer across the country HERE. 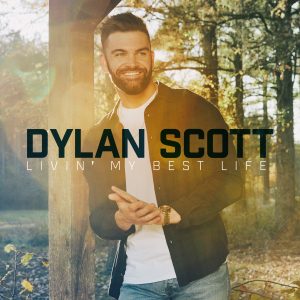 Curb Records recording artist Dylan Scott is a triple threat — a powerful vocalist with a deep, unmistakable drawl; an old-soul songwriter with a young spirit; and a family man with a tender heart. The multi-Platinum singer has notched two No. 1 singles at radio (“My Girl” and “Nobody”), as well as Top 5 hit “Hooked.” Following his first career nomination for “Best New Country Artist” at the all-genre iHeartRadio Music Awards and a coveted spot among Country Radio Seminar’s New Faces of Country Music, his Platinum-certified ode to his wife, “Nobody,” earned him a 2021 CMT Music Award for Breakthrough Video of the Year. Dylan presented the CMT Breakthrough Video of the Year Award at the 2022 CMT Music Awards on CBS. With career streams exceeding 1.3 billion, the Louisiana native has provided tour support for Garth Brooks, Luke Bryan, and Chris Young, among others, cementing him as an in-demand live act. Livin’ My Best Life, the highly-anticipated follow-up to his chart-topping Nothing To Do Town EP, releases Aug. 5, 2022, and features fiery lead single “New Truck” and viral TikTok ballad “Can’t Have Mine (Find You A Girl).”

Celebrating 58 years in business, Curb Records is one of the world’s leading independent music companies. Owned and operated by Mike Curb since 1964, Curb Records has achieved 435 number one records, over 1,500 Top Ten records and charted over 4,500 total records. With over a half century in operation, Curb Records has been influential in the careers of some of the biggest names in music, including: Tim McGraw, Hank Williams, Jr., Rodney Atkins, Lee Brice, LeAnn Rimes, The Judds, Dylan Scott, Sawyer Brown, Wynonna, Lyle Lovett, for KING & COUNTRY, We Are Messengers and Big Daddy Weave, among many others. Today’s roster includes some of the top names across multiple genres of music. For more information, visit www.curb.com.