Scott to Perform on the Grand Ole Opry August 27th

Without Whitley, Scott says he may not have had a career in music. Growing up in Louisiana, Dylan’s father, who was a session and touring musician, always played Whitley’s music. His songs are how Scott learned to sing, play guitar, and write songs. He also attributes signing to Curb Records to Whitley as he was first discovered through a demo, covering “Between an Old Memory and Me.”

“Some of my first memories are from just riding around with my dad listening to Keith Whitley tapes,” shares Scott. “When I first came to Nashville, I met a guy named Charlie Craig, and I had no idea who he was. I started writing with him only to soon discover that he was a co-writer on “Between an Old Memory and Me.” Shortly thereafter, I recorded a demo of that song which eventually led to my record deal. From there, it wasn’t long before I had my Opry debut where I was honored to perform the song. To have this tribute record called An Old Memory, is a dream come true and completes the full circle.”

On August 27th, Scott will have another full circle moment while he is standing in the circle on the Grand Ole Opry stage. He will perform songs from the Whitley tribute EP, as well as songs from his NOTHING TO DO TOWN EP, which debuted at No. 1 on Billboard’s Country Albums chart.

An Old Memory was recorded in the legendary Sound Emporium Studio in Nashville, TN – the same studio where Keith Whitley recorded many of these songs. Ironically, after looking at the log books, Scott was in the studio the exact same time as Whitley was 30 years prior. Scott was also able to work with several of the original session musicians, adding to the power and authenticity of the project.  Produced by Jim Ed Norman, Matt Alderman, and Curt Gibbs, the album features legendary and award-winning musicians, Mac McAnally, Eddie Bayers, Larry Paxton, Biff Watson, and Carl Jackson. Scott’s father, Scotty, joins him on guitar for “When You Say Nothing at All,” and Jesse Keith Whitley, the son of the legend, lends his vocals to “I’m Over You.” To round out the EP, Lorrie Morgan, Whitley’s wife at the time of his passing, joins Scott on the duet, “Tell Lorrie I Love Her,” which was one of the last songs he worked on prior to his death in 1989. 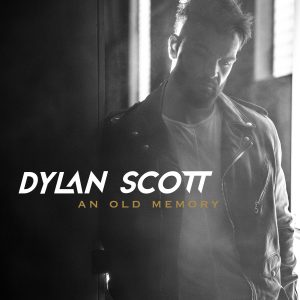 Curb Records’ hot rising star Dylan Scott is the total package – a powerful singer with a deep, resonating drawl; an old-soul songwriter with a young spirit; a heartthrob with an easy smile; and a dreamer who followed his father’s footsteps to Nashville. With his NOTHING TO DO TOWN – EP out now, he’s hit #1 on the Billboard Country Album Sales chart, while career streams surpass 720 million with sales top 4 million. The Louisiana native is currently headlining shows and, over the summer, opened for Garth Brooks, Luke Bryan, and Chris Young, to name a few. Scott garnered his first career nomination, Best New Country Artist at the all-genre 2019 iHeartRadio Music Awards, and was named among Country Radio Seminar 2019’s coveted New Faces of Country Music® Class of 2019. Additionally, the album’s title track has been climbing the charts in addition to being featured across multiple playlists on Spotify.