Dan Bremnes Partners With Achilles International For “Up Again” Video

Pop singer-songwriter Dan Bremnes partnered with non-profit Achilles International for a new music video for his current Top 15 hit, “Up Again.” The inspiring clip tells the real-life story of 15-year-old Jay Denning, who despite being born without the use of his legs, has become a talented athlete and an aspiring Paralympian. The video, debuting today (9/27), features Denning with his family and community as he works hard at a variety of athletic pursuits, including running, basketball and rock climbing. The hard-working teen is a testament to the song’s message of what it looks like to “get up again” when life knocks you down.

The video also gives fans the opportunity to donate to Achilles International, an organization that’s helping athletes like Denning not just survive, but thrive, each and every day through programs that empower people with all types of disabilities to participate in mainstream running events. Achilles has more than 70 chapters in the United States and abroad. To donate now, please visit Achilles International.

“I love telling inspiring stories through my music, and Jay’s story is an incredible narrative about overcoming the odds,” Bremnes says of the visual. “I can’t think of a better organization to partner with on this video than Achilles International. The work they’re doing is nothing short of spectacular.”

Already notching a Top 15 spot at radio, “Up Again” is the second single from Bremnes’ latest LP, Wherever I Go (Curb | Word Entertainment). Fans can catch the singer-songwriter on The Trial & Triumph Tour with I Am They this fall.

Dan Bremnes is a Nashville-based pop singer-songwriter, originally from Canada, who has circled the entire globe, visiting 26 countries during his lifetime. True to his heart for adventure, Bremnes produced a documentary telling the story of his trip around the world in 8 days. Touring and playing concerts in multiple countries, the Juno Award and GMA Canada Covenant Award winner has played for well over a million people, and logged over 25M streams, 335M+ airplay audience, and over 5M YouTube views during his young career.

After releasing his documentary and EP in 2018, Dan has continued the momentum in 2019 by completing Christian music’s largest annual tour—“Winter Jam”—alongside releasing his full-length album, Wherever I Go, on April 5, 2019. The new album includes the radio Top 15 title track, “Wherever I Go,” as well as his current Top 15 hit, “Up Again.”

Achilles International is a non-profit organization with over 30 chapters across the United States. Every day, in parks, gyms and tracks all over the world, Achilles provides athletes with disabilities (AWD) with a community of support. Able-bodied volunteers and AWDs come to run together and train for road races. AWDs gain measurable physical strength and build confidence through a sense of achievement, which often increases aspiration in other aspects of their lives.

Achilles has developed specialized running programs for children, teens, adults, and veterans. At Achilles, running means many things. It means conventional running, of course. But it also refers to walking, pushing, cranking, hopping, or swinging through on crutches. In other words, any form of locomotion that you use to propel oneself forward. Achilles is a proponent of handcycle use to improve health and fitness of those who would not be able to participate otherwise, with a goal of safely completing road races.

While programs focus on running, the truth is, running is simply the tool for accomplishing Achilles’ main objective: to bring hope, inspiration, fitness, and the joys of achievement to all. 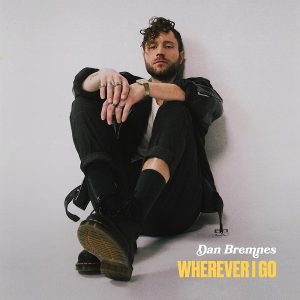