“Anxious” To Be Featured in an Upcoming CW Drama

Pop singer/songwriter Sarah Reeves executed a brave artistic evolution over the course of the past year. The release of 2018’s 13-track, full-length project, Easy Never Needed You, found Reeves expanding upon her worship roots by adding her style of avant-garde pop. The bold move led to high-profile sync placements on major networks, including Netflix, FOX, ABC and NBC, among others, and more than 50 million career on-demand streams globally. Today (10/18), Reeves returns with another unexpected milestone in her career with the release of new revealing track, “Anxious.” The vulnerable song is now available across all digital service providers. Listen to “Anxious” HERE. Reeves also unveils a dark, true-to-life music video for the song, captured by director and photographer Sean Hagwell.

Haunted by picture-perfect images on social media and lies devaluing her self-worth, Reeves sings: “Staring at a screen light / Looking at the highlights, everybody’s good life reminding me of what I don’t have / Second-guessing who I really am… Devil’s running around my mind / Why do I let myself believe the lies / It’s like I’m his playground / Push me in the background / Then I shut the world out.”

The transparent lyrics are sure to resonate with fans when “Anxious” is featured in an upcoming CW drama.

Reeves penned the personal song after battling crippling anxiety earlier this year. “Songwriting is a way I express myself, putting my emotions to lyrics and melodies. It’s therapy to me in a way,” she explains. “This particular season, I guess I let it all out in this song. I wasn’t planning on releasing it, but the more I shared it with close friends, the more I realized it’s something I needed to put out in the world.”

According to TK Source, 31.3% of all adults in the U.S. will experience an anxiety disorder at some point in their lives. In addition, 19.1% have experienced an anxiety disorder within the past year, propelling the topics of anxiety and depression to the forefront of the recent national conversation surrounding mental health. Reeves hopes by sharing her own wrestling, she can spark some healthy dialogue, giving fans permission to share their struggles.

“This is a confession song. The first step to healing is confession,” she admits. “If you’re someone who struggles with anxiety and depression, I pray you can acknowledge these lies and know that you can and will overcome them. I hope this song can help you know you are not alone.”

Pop artist and songwriter Sarah Reeves signed her first record deal at age 18. After years of aggressive touring, Reeves took an indefinite hiatus to focus solely on songwriting, penning songs for the likes of Jesus Culture, Kari Jobe and Natalie Grant, among others. With a fresh sound stirring in her soul, Reeves began writing personal songs she, herself, wanted to record, which led to a new label deal with Curb | Word Entertainment. Since then, Reeves has reintroduced herself as an artist to audiences across the nation on the Winter Jam Tour Spectacular and on tours with Crowder, Plumb, NewSong, Colton Dixon, Hawk Nelson and more. When she’s home in Nashville, Reeves regularly leads worship at The Belonging Co. Her music has been featured in sync placements on major networks, including Netflix, FOX, ABC and NBC, among others, and has amassed more than 50 million career on-demand streams globally. Throughout 2018, Reeves released new music, piece by piece, culminating in the brand new 13-track full-length project, Easy Never Needed You. Her vulnerable new song, “Anxious,” detailing her struggles with crippling fear, is available now. 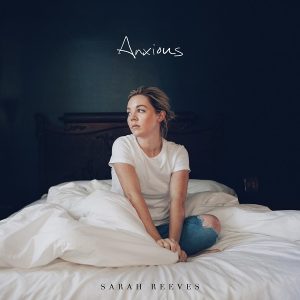