“Heavenly Hosts” is a dynamic and emotional celebration of the wonder and power of Christmas. for KING & COUNTRY’s original Christmas tune starts off with a sparse piano introduction that soon evolves into a full orchestra crescendo, with Joel and Luke Smallbone stating declaratively “love has come to save us” as the sky lights up in majesty and wonder. You can stream “Heavenly Hosts” and the rest of A Drummer Boy Christmas HERE.

Joel and Luke spoke to People Magazine about their electrifying rendition of “Little Drummer Boy,” check out the story HERE.

for KING & COUNTRY brought their A Drummer Boy Drive-In: The Christmas Tour to the Grand Ole Opry House in Nashville, Tennessee last night, performing their first ever headline show at the famed concert hall. Livestreamed around the globe, the socially distant concert at 25% capacity saw the duo perform tracks from their GRAMMY winning album burn the ships, as well as classics from their recently released Christmas album A Drummer Boy Christmas. The Tennessean/USA Today Network chatted with Joel and Luke Smallbone about the Opry show as well as their current Christmas tour – check out the story HERE.

“Our first ever full show at the Grand Ole Opry was remarkable,” Joel and Luke Smallbone share. “We recorded A Drummer Boy Christmas in this town, we grew up in this town, and we’ve long admired this incredible venue. To be able to share this night not only with Nashville but with the entire globe is a dream come true. This was a night we will not soon forget.”

A Drummer Boy Drive-In: The Christmas Tour made a stop in Arlington, Texas this past weekend, performing two shows at Globe Life Field due to popular demand. The tour supports The Salvation Army along with its Rescue Christmas initiative, and concertgoers can bring new, unwrapped toys that will be collected by representatives from the local Salvation Army and distributed to families struggling during the holiday season. for KING & COUNTRY have SOLD OUT 15 shows thus far. For tickets and more information, click HERE. 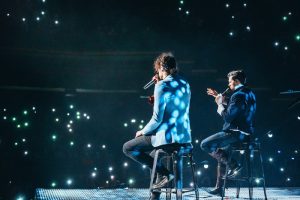 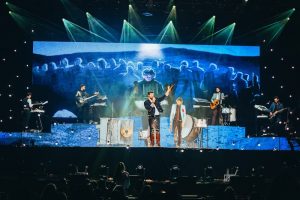